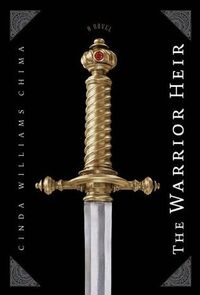 The first book in the Heir Trilogy, written by Cinda Williams Chima. It is about a young Warrior named Jackson Swift who learns about his destiny as a member of the Weir guilds. But he has some unexpected turns, some twists and a little bit of drama, and by that I mean a lot.

In ten words I would say, Thrilling, Romance, Action, Funny, Serious, Keep Flipping Pages, Exciting, Unexpecting. And there you have it

Retrieved from "https://heirchronicles.fandom.com/wiki/The_Warrior_Heir?oldid=4864"
Community content is available under CC-BY-SA unless otherwise noted.